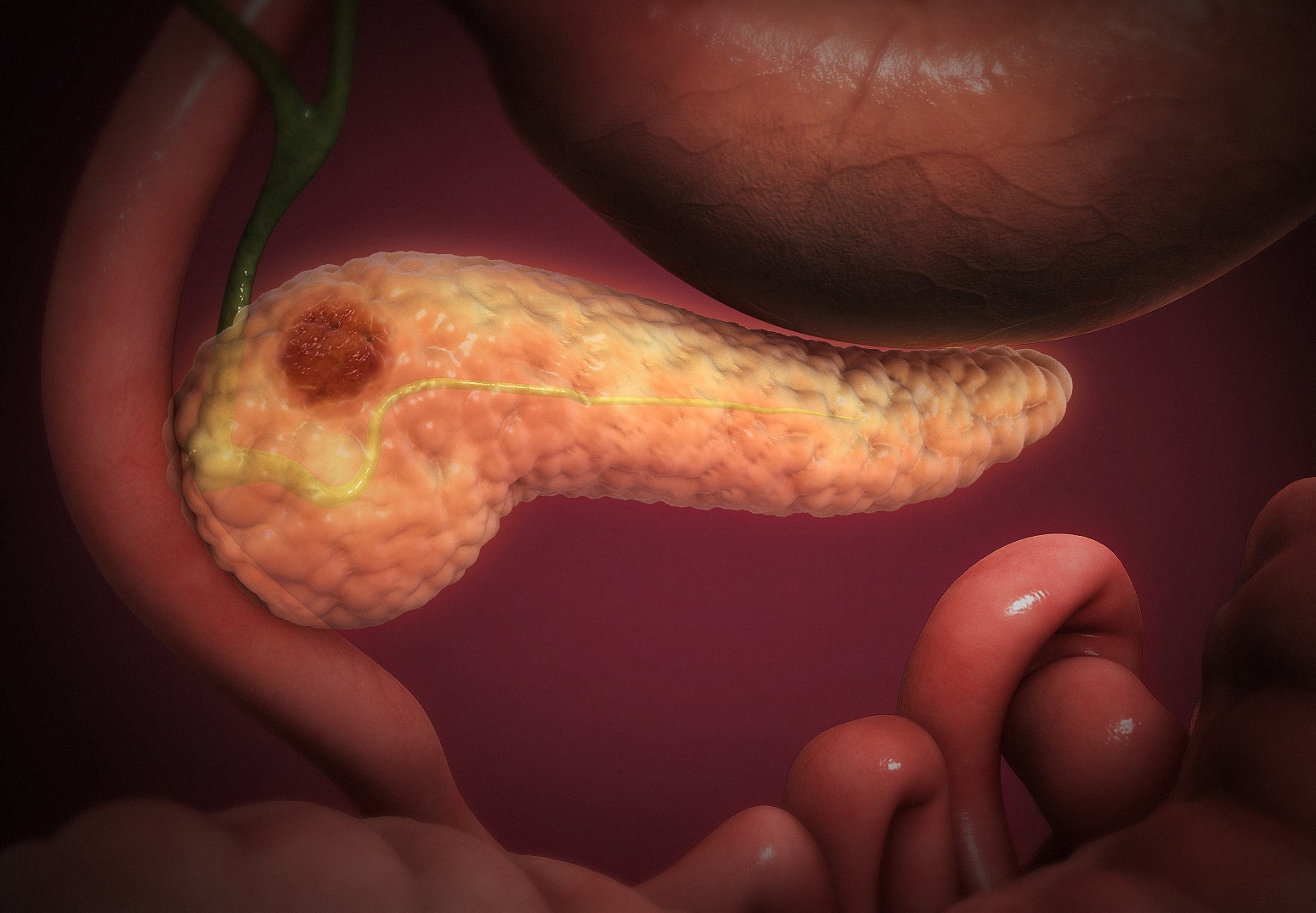 Despite recent remarkable advances in the treatment of some cancers, pancreatic cancer patients still have one of the worst survival rates. Pancreatic ductal adenocarcinoma’s (PDAC) five-year survival is only 2%-9%. This poor prognosis can largely be attributed to two major factors. Firstly, owing to relatively benign presenting features, the disease is not diagnosed until it has progressed to advanced or metastatic stages in >70% of patients. Secondly, there is a general lack of curative therapies apart from surgical resection, which is only viable during the localised stage of cancer development, and therefore not a viable option for those 70%+ of patients who are diagnosed after this stage. Combination chemotherapy, the frontline treatment for patients not eligible for surgery has been largely unchanged for nearly a decade, and is rarely, if ever, curative. It provides a median survival post-diagnosis of less than one year.

This current state of affairs highlights the need to address two issues: the development of early detection/staging system utilising sensitive, accurate biomarkers, and a set of treatments to benefit the majority of PDAC patients who aren’t eligible for surgery.

As with most facets of cancer research, the answer is personalised medicine. This approach requires a deeper understanding of each patient’s specific tumour and therefore loops us back to a requirement for early detection and staging systems. The closer we look into the two issues above, the more it becomes apparent that they are actually much more intrinsically linked. Increasingly, researchers are looking into the use of organoids to reveal diagnostic answers and provide therapeutic solutions.

Tissue samples taken during surgery for diagnosis or staging can also provide material for wider investigative purposes. A 2018 study showed that fine needle biopsies could be used to isolate tumour cells and form organoids with an 87% success rate, and to establish organoid lines with a 66% success rate. This is obviously good news for both PDAC patients and their clinicians, as fine needle biopsies are much less invasive than traditional biopsy techniques and require much shorter recovery times.

This lowering of the biopsy barrier for true histological confirmation has more benefits: more patients can be tested at early stages allowing more to receive curative surgery. This early diagnosis also improves prognosis following standard chemotherapies, and, finally, the ability of these fine-needle biopsies to establish organoid lines provides perhaps the greatest benefit of all in the context of future R&D as well as guiding treatment.

Organoid models have been in use for many years, initially modelling healthy tissue, and present a tremendous opportunity in the field of personalised medicine. By forming an organoid model from a patient-derived tumour, it is possible to go beyond the typical single point within a dataset to test a battery of treatments.  This increases our understanding of PDAC patients as a whole. Moreover, this approach also provides a unique opportunity for tailoring a treatment by establishing an organoid cell line that can be used to test a wide array of therapeutics.

Organoid models provide many benefits vs typical 2D models. They can better model cell-to-cell physical interactions which will form within the soft gel matrix but not on the stiff plastic of tissue culture dishes.  In addition, the 3-dimensional structure of organoids allows the development of multicellular structures with apical-basal orientations. Such structures cannot be achieved when cells are all attached to a 2D surface.  Increasingly, researchers are improving organoid cultures with the use of sustained-release growth factors which provide a stable environment during their culture.

Studies show that PDAC tumours display a large degree of heterogeneity in their response to the established therapies.  Such studies may lead to diagnostic tests to reduce the number of ineffective therapies being offered to patients who, apart from receiving no benefit, still suffer the side effects and lose precious time while evaluating the effectiveness. Screening prospective therapies against patient-derived cell lines should help reduce the number of ineffective treatments.

In addition to providing benefits to the individual patients, the generation of organoid lines from a highly stratified population of cancer stages is proving a huge boon for research. For example, a study from Maastricht University established PDAC organoid cell lines and studied their individual secretomes for novel cancer markers. The study found a significant difference in both mRNA and protein expression in tumours derived from cachectic patients (a key mortality indicator in PDAC and other cancer) compared to non-cachectic patients. Further study using models such as this could lead to novel biomarkers not only for use as prognosis indicators but also perhaps even provide elusive early biomarkers that would enable diagnosis during the localized, operable stages of PDAC progression.