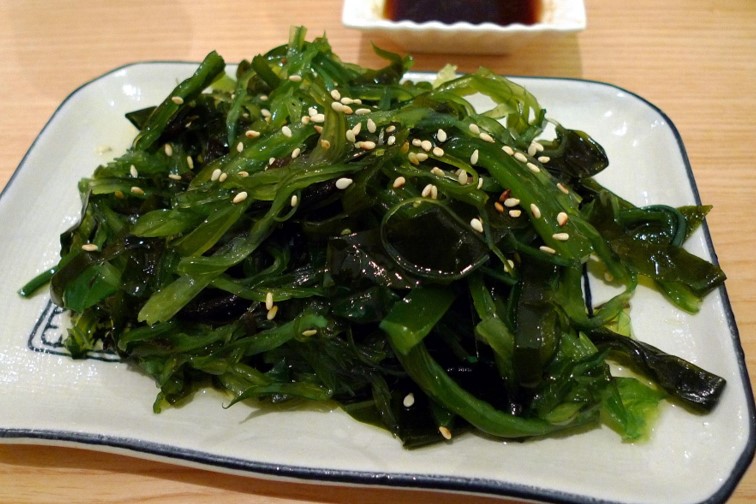 In recent years, helped in part by Greta Thunberg, Extinction Rebellion protests and disasters such as the 2020 wildfires in Australia and California, environmental issues and sustainability have become one of the defining issues of our time, both in society and politics.

The meat industry is one of the main economic activities putting our planet under strain, with loss of wild habitats being the main cause of mass extinction. In total, the meat industry contributes to 14% of human produced greenhouse gas emissions worldwide. Given the resources required to rear animals, including feed and land, this is not surprising. The demand for meat is expected to rise by an estimated 70% by 2050 compared with 2011 levels. There simply isn’t enough arable land in the world, even including existing forests, to sustain the numbers of livestock that would be required to meet this demand.

But what if we could reliably build cell-based structures resembling meat step-by-step in a lab, bypassing the need for livestock altogether? Advances in cellular biology, including identifying the signals that cause stem cells to turn into other cell types such as muscle or fat cells, have given us the key to unlock this possibility, with many companies founded in recent years to develop this technology.

In essence, stem cells can be extracted from any given species, such as a cow, or a chicken, transferred to the lab, and cultured with a particular cocktail of nutrients and cellular signal proteins, called growth factors, to direct them eventually to the desired cell type. In the case of cultured meat this would be muscle, connective tissue or fat, but in human medicine this technology is being exploited to study and treat diseases involving many different cell types.

Despite our ability to direct cell behaviour in a petri dish, a cell sheet is hardly an appetising or stomach filling prospect as an alternative to bacon or steak. Being able to guide these cells to the correct cell type is only part of the challenge. Providing cells with a scaffold, to adhere to and to provide a structure, is equally important. Furthermore, the extracellular matrix provides a large amount of the nutritional value of meat, predominantly proteins and glycosaminoglycans, and also affects texture and quality of meat, and is thus an important factor for developing lab cultured meat.

Requirements for cell scaffolds include edibility, cell adherence, moderately high stiffness (12kPa), and a slightly positive charge. The scaffold must also be abundantly available at low cost for large scale production. There are several candidate materials that meet these requirements, that can be divided into three categories based on origin:

Animal derived materials are attractive because they can be obtained from animal tissues not used for food. For example, gelatine is commonly obtained from the skin, ligaments and bones of cattle or pigs. Using these biomaterials which are the same as those present in meat is an obvious route to take to replicate the tissue most closely in the lab. However, in the spirit of reducing animal use and also consumer preference, non-animal sources are strongly favoured for lab-grown meat. More recently it has been possible to produce recombinant collagen and gelatine in production systems including tobacco, mice, yeast, and silkworms. Some companies are beginning to scale up production of these recombinantly produced materials to a level approaching the quantities that would be needed for large scale meat production. Geltor is one of these, which produces polypeptides at scale via fermentation.

Plant derived materials combine a renewable origin with the benefits of biocompatibility, biodegradability, non-toxicity and appropriate support for tissue architecture. However, they often require chemical modification (for example, by addition of an RGD peptide) or coatings of animal derived materials in order to facilitate cell adhesion via integrins. These materials are already available in large quantities and have been shown to be suitable for bioprinting and other tissue engineering applications. A hybrid food product containing both cells derived from animals and polysaccharide based matrix would also provide an extra source of dietary fibre, which is underrepresented in Western diets.  A study published this year successfully used textured soy protein as a scaffold for co-cultured bovine skeletal muscle, endothelial and satellite cells, demonstrating the feasibility of this strategy.

Synthetic biomaterials allow an extra layer of fine control over the properties of the material. Stiffness and charge can be easily tuned for the particular cell type or tissue, which is particularly useful for developing meat which contains both fat and muscle cells, and which have different optimal requirements for stiffness. There is potential for spatial patterning of stiffnesses in a single construct to define the specific tissue architecture. However, these materials also require functionalisation in order to facilitate cell adhesion, including by being combined with natural materials, or by addition of RGD peptides. Synthetic polymers tend to be scalable and affordable in terms of production, and some have FDA approval for use in medical applications.

Appropriate scaffolding is only one of the challenges facing the development of a viable food product from cultured meat. Further technological problems to overcome include eliminating the presence of animal-derived reagents such as foetal bovine serum in cell culture medium, and the cost of culture supplements including growth factors. Cell Guidance Systems’ PODS® technology could provide a reduced cost, long term source of some of these growth factors in large-scale culture allowing 3D co-culture of cells with differing growth factor requirements.

The colour, flavour and nutritional content are also vital parameters that will be subject to the judgment of discerning consumers and need to be optimised. Of course, regulatory and social barriers will need to be overcome before a cultured meat product can successfully enter the alternative meat market. For some, these are unnatural products. For many others, the potential benefits far outweigh these concerns.