Home Blog CRISPR: How many micromorts? 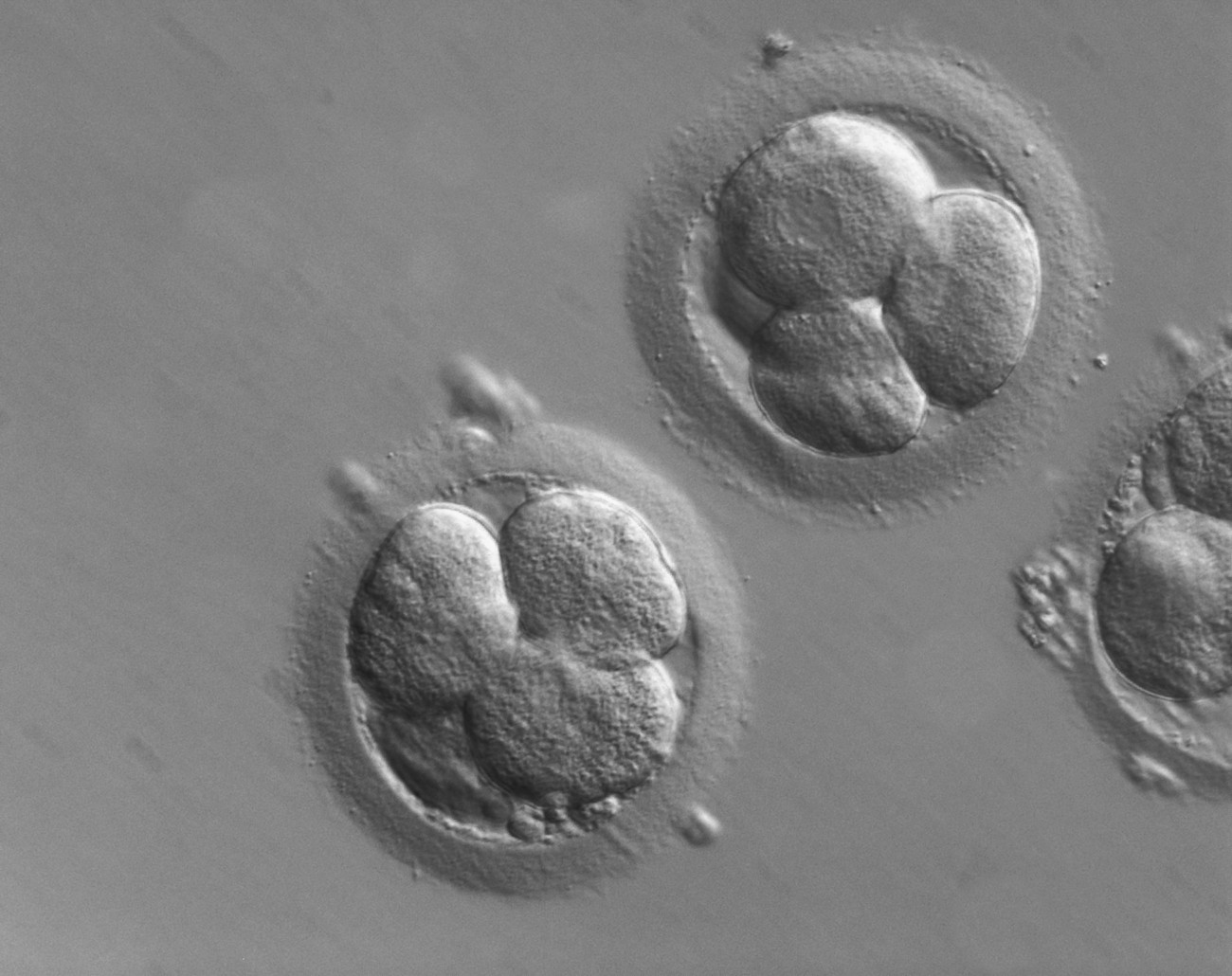 Using CRISPR-Cas9 and related technologies, the human genome can now be edited with relative ease. However, these techniques carry a significant risk in therapeutic applications (gene therapy and cell therapy) of unwanted off-target effects. For example, insertion of DNA near to an oncogene could activate it and cause cancer.

In addition to these small changes to DNA, it has recently emerged (in three pre-print papers published by separate labs) that large structural chromosomal abnormalities, including loss-of-heterozygosity (a common step in tumorigenesis), and monosomy (complete loss of a chromosome) can also arise with CRISPR. Paul Knopfler covered the news in his excellent blog and it was also reported in Nature.

The occurrence of these gross abnormalities, in as many as 50% of engineered cells, opens up a series of questions including the veracity of data generated in the past from CRISPR-modified cell lines with now questionable integrity. This finding will certainly make the cytogenetic screening of structural chromosomal abnormalities, including ordered karyotype analysis, essential in future.

If genetic engineering is performed prior to the therapeutic use of cells or for gene therapy, the question also arises, what are the acceptable risks? Moreover, what can be done to mitigate the risks? Understanding these risks in clinical settings will be essential for gene therapies being developed by companies such as CRISPR Therapeutics.

Would it be helpful to applying Micromorts to understand theses risks? With any activity, there are risks, they just need to be understood, mitigated if possible and accepted (or not): crossing the road, going to the shops, using the stairs, sitting down, boiling the kettle, flying. Just about any activity, has caused fatalities in the past. These statistics can be used to calculate micromorts.

The micromort is a measurement that measures probability, in units of one-in-a-million, of a person dying as a consequence of a given activity. For example, smoking a cigarette generates 1.4 micromorts. This has been calculated based on smoking and mortality data. By the time a person has smoked 358,000 cigarettes (20 a day for 49 years), chances are >50% that it will have killed them. Of course, there are lots of other negative effects apart from death, but micromorts just deal with death. Top of the list of dangerous activities is climbing Everest.

The Micromort system is useful as it helps to put into context the risk of fatality associated with an activity, compared with the risk of other activities although it does not measure other impacts such as injury or disease.

The Micromort score may also be usefully applied to the risks associated with the manipulation of cells if they are to be used therapeutically. There are multiple risks in cell therapy even without any engineering, but these risks are increased significantly by modifying the DNA. Based on the data from the recently pre-published analyses, without any screening, as many as 50% of cells will have abnormalities. The downstream risk may be highest if the cell is subsequently used for embryo modification as it would produce a systemic problem. In contrast, the greatest risk in using CRISPR therapeutically is the potential to potentiate tumours.

We are at a very early stage for understanding the risks associated with genetic engineering. There have been a few deaths arising from gene therapy and it would not be valid to apply this historical data to current techniques. As techniques such as CRISPR-Cas9 become more widespread, data that could be used for assigning a micromort may be available. For now, we need to focus on risk mitigation.