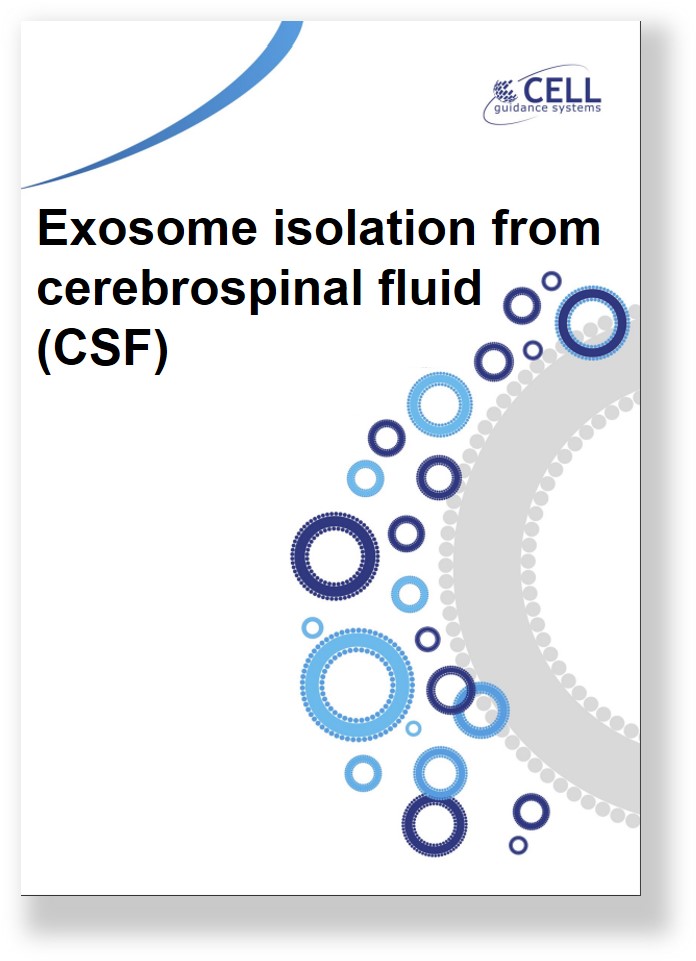 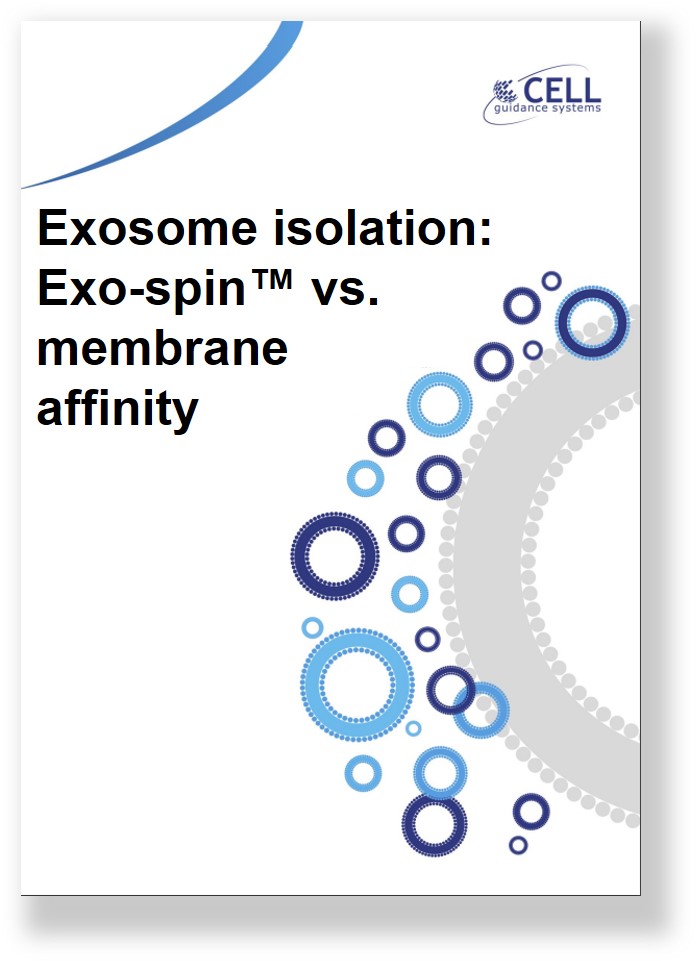 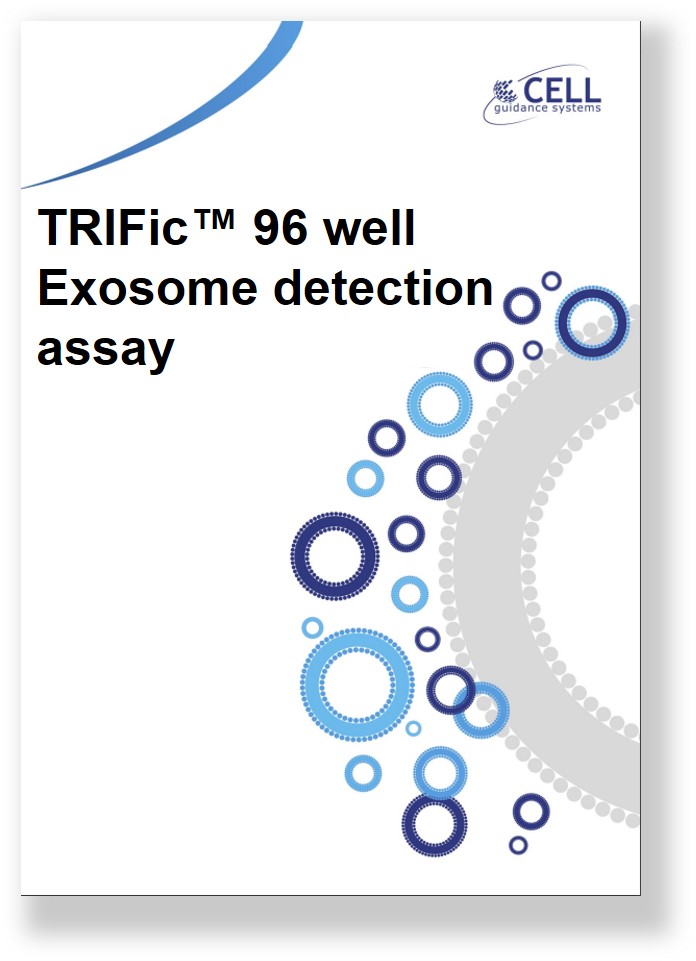 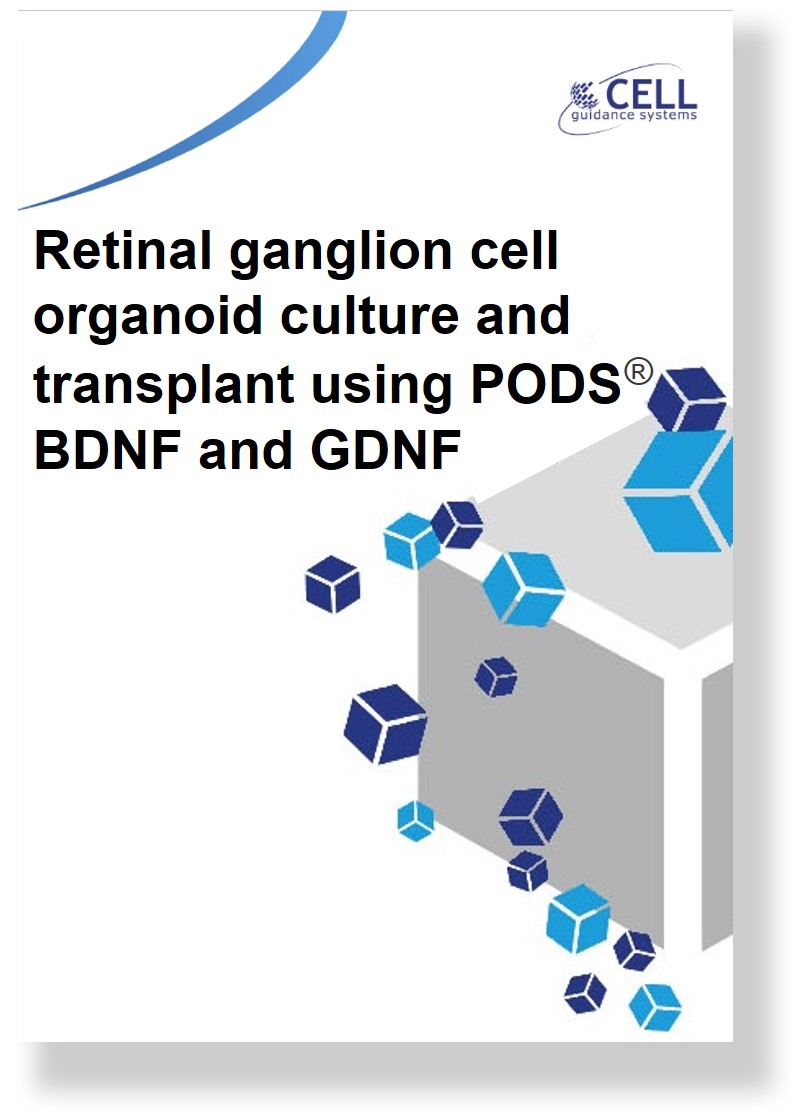 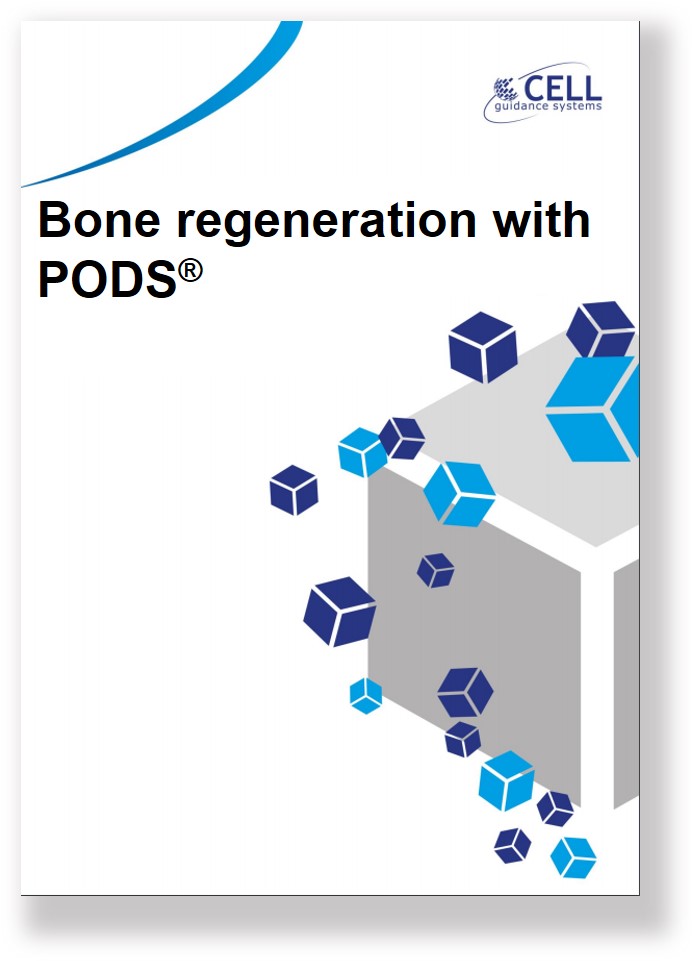 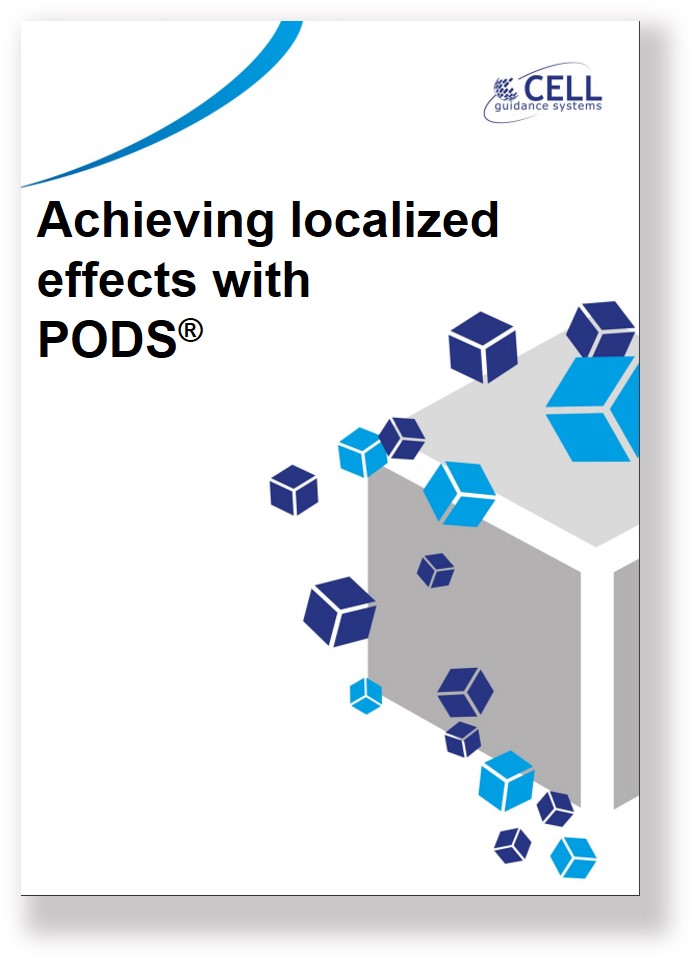 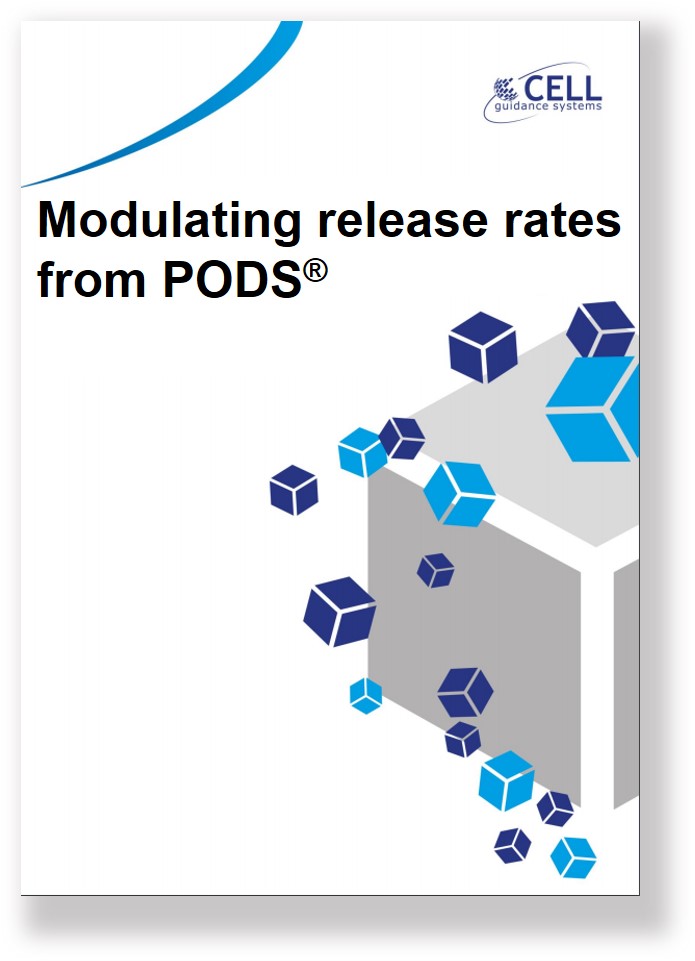 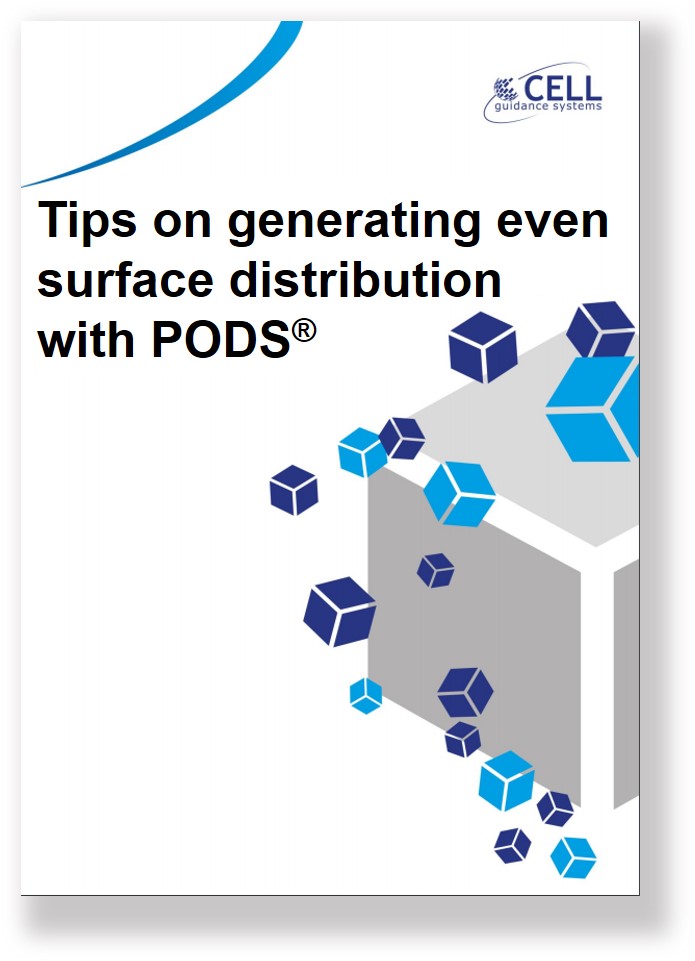 If you have any questions, please contact us by email at tech@cellgs.com.

The Exo-spin™ exosome isolation system is here compared to two precipitation methods using 5 ml of CSF as the starting sample. The Exo-spin™ method was identified as superior, considering among other factors yield, purity, and the structural integrity of the generated samples. Nanoparticle tracking analysis (NTA), exosome protein to particle ratio, western blot and transmission electron microscopy (TEM) were used to generate comparative data.

The Exo-spin™ purification system has been identified as superior to the membrane affinity technique. This was described through two major benefits: 1) exosomes do not aggregate; and 2) exosomes are ready to use without further buffer exchange, even for functional downstream applications. Analyses such as particle number and vesicle size have been performed.

PODS® proteins release their encapsulated growth factors (GFs) over long periods of time. This sustained-release makes them ideal for cell cultures that require the prolonged presence of active growth factors in the culture medium, such as spheroid and organoid cultures. Mouse embryonic stem cells were differentiated into retinal ganglion cell (RGC) organoids. In the final stage of the differentiation, RGC organoid cultures were maintained with PODS BDNF and PODS GDNF which act as neuro-protectants. After 10 days, the yield of RGCs and their individual subtypes from cultured organoids was quantified using fluorescence-activated cell sorting (FACS). A single application of PODS crystals was effective throughout the 10-day culture period, achieving yields comparable to standard recombinant BDNF and GDNF which require a further four additions of growth factor over the period. Additionally, organoids cultured with PODS proteins presented with a healthier phenotype, most likely due to reduced handling disturbance and the consistent GF levels achieved by the sustained release from PODS® crystals.

PODS® crystals release their encapsulated cargo protein over long periods of time. This makes them ideal for delivery of therapeutic proteins in tissue regeneration. The utility of PODS crystals for therapeutic protein delivery was assessed in an in vivo bone remodeling study. A 9 mm disc of rat calvaria bone was removed and a single application of either PODS BMP-2, PODS Empty, or standard rhBMP-2 was implanted. Subsequently, levels of bone regeneration were assessed firstly by x-ray radiography, in intervals for up to 15 weeks, and secondly by bone density measurement in µ-CT after 15 weeks. A single application of PODS BMP-2 is effective in vivo and delivers therapeutic proteins continuously for several weeks as demonstrated by vastly improved bone regeneration levels compared to no intervention or standard rhBMP-2. Additionally, PODS BMP-2 is more efficacious at lower doses as opposed to treatments with standard rhBMP-2.

PODS® crystals are durable protein nanoparticles that encapsulate cargo protein such as growth factors. These nanoparticles retain their crystalline structure and integrity in conventional cell culture medium for several weeks while steadily releasing their cargo protein. Additionally, PODS crystals adhere readily on tissue culture plastic, enabling the creation of localized deposits. This allows for generating growth factor gradients on any standard tissue culture dish quickly and easily without the need for specialized equipment. PODS BMP-2, capable of stimulating extracellular matrix (ECM) production and calcium incorporation in ATDC5 cells, were positioned in high densities in confined areas on standard 12-well plates. ATDC5 cells were seeded homogeneously across each well and cultured for 9 days. Cells were fixed and subsequently stained to visualize either ECM production or calcium incorporation. Results showed that only cells in the immediate vicinity of the PODS® BMP-2 crystal deposits were stained positive, demonstrating the successful generation of a BMP-2 gradient.

In contrast to standard soluble growth factor (GF), where 100% of the supplemented GF is available at the start and then diminishes rapidly, PODS nanoparticles initially encapsulate all GF proteins, from which active GF is released over time. If a certain amount of GF is required from the beginning of cell culture, pre-incubating PODS crystals with culture medium can modulate the release from PODS and so create a cache of immediately available GF. The effect of pre-incubating PODS crystals on release rates was demonstrated with TF-1 cells, which are dependent on the growth factor GM-CSF. PODS GM-CSF crystals at a range of concentrations were deposited in duplicate onto a 96-well plate. One replicate series was then pre-incubated at 37°C with serum-containing culture medium while the other replicate series was left dry. After 24 h, TF-1 cells were seeded onto both replicate series and incubated for a further 5 days. Final cell numbers demonstrated that pre-incubating PODS nanoparticles increased stimulation of proliferation by up to 100% and outcompeted standard soluble rhGM-CSF.

5. Tips on generating even surface distribution

PODS® are solid nanoparticles and composed entirely of crystalline protein. With a median size of 2-3 µm, they sink to the bottom of a vessel in PBS or commonly used tissue culture medium. Furthermore, PODS crystals adhere readily to standard tissue culture plastic such as microplate surfaces and tissue culture flasks. Uniformly distributed monolayers of PODS proteins in microplates can easily be achieved using a centrifuge with plate rotor. Crystal densities of up to 1.4x106 PODS/cm2 will readily adhere to TC surfaces as a well-spaced out single layer. Culture medium changes can be performed by simply aspirating conditioned medium as usual without significant loss of PODS crystals. When attaching PODS proteins as a monolayer, they will release growth factor evenly across the well.